Since 1996 HealthforAnimals has benchmarked the status of regional regulatory frameworks for veterinary medicines. The latest Global Benchmarking Survey (GBS) received a total of 79 responses from across Europe, USA, Australia, Japan, China and Brazil. The focus of the survey centered on animal health and veterinary products, including: pharmaceuticals, in-feed medicinals, biologicals and pesticide-based products.

Differing in many respects from human health, the animal health sector is around 2.5% of the total global health market (USD$24bn in 2015) and encompasses a diversity of species and business types, including companion animal products (CAPs) and livestock.

Commenting on the survey’s findings, Executive Director for HealthforAnimals, Mr Carel du Marchie Sarvaas stated: “Progress has been made within the industry and, as seen with Canada’s example where review time has reduced, it is possible to push for greater efficiencies in the regulatory process. Positively, the industry is beginning to make more use of new digital tools and approaches. For Canada, China, Japan and USA there was positive feedback about the regulatory environment from at least 45% of companies.

“Nonetheless, as demonstrated by the survey responses, there remains common barriers to innovation in animal health. Co-operation on a global level will be required to drive innovation in the animal health sector. This is becoming increasingly important in the face of global health challenges such as antimicrobial resistance (AMR).

“With regards to AMR, in the debate between the industry’s science and the politician’s decisions, sadly the voice of science has often not been heeded. Understandably, companies are hesitant to risk investment in developments that might be banned at some unknown point in their pathway to the market, with incalculable cost. It therefore remains vitally important that we continue to search for best regulatory practice and opportunities for improvement.” 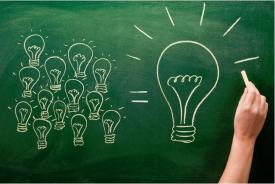